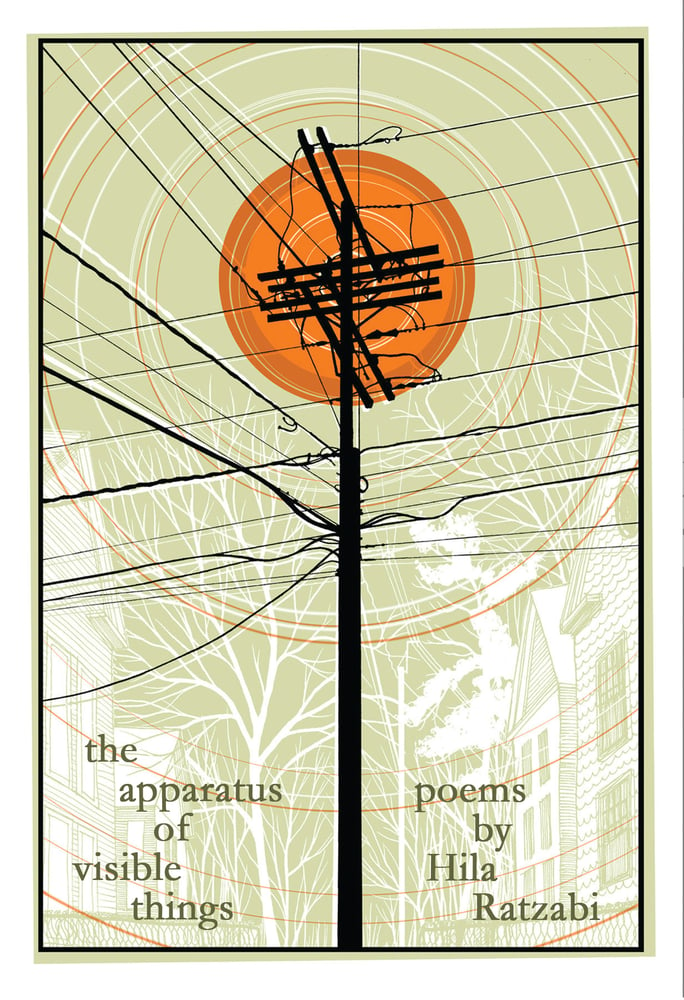 The Apparatus of Visible Things, by Hila Ratzabi

The Apparatus of Visible Things, by Hila Ratzabi. A chapbook of poems. Published by Finishing Line Press, 2009. Free shipping in the U.S.

“Hila Ratzabi’s poems are pleasurable because they are so finely balanced. They are wonderful because of what they balance so finely–a concrete, expressive love for the sensuous details of the world with an equally evolved, equally startling capacity for rumination, abstraction, and metaphysical grandeur.”

“Hila Ratzabi reminds us that Pessoa, like Wittgenstein, is one of the many who suggested the radical optical world when introspection seemed doomed. But her own poetry meets the data that perception and consciousness are twins and married and embrace: think, look. Her world contains babies, boys, air conditioners, and desks, but it is also a notebook of unanswerable questions. Out of these carnal doubts she makes a faithful late language … Hila turns her painterly poems into a mountain, into mounds of ideas.”

“I have read (and reread) these craft-wise poems. They are simultaneously strangely imaged–extraordinarily so–while accessible and wonderfully lyric. Even more important are the questions this poet asks of us: relentless, but mostly heavenly, fearful, and hope-filled.”